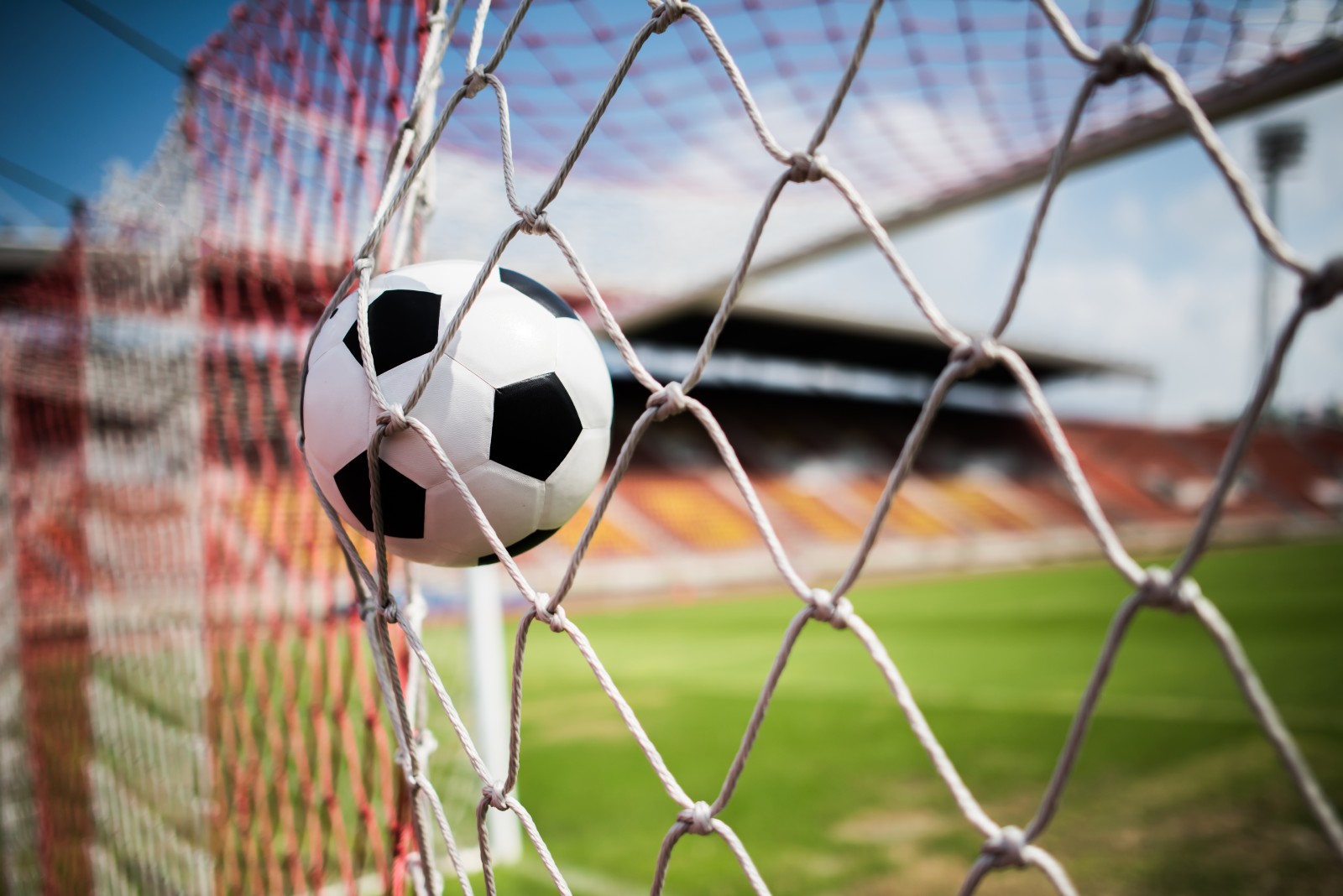 Sheriff construction is supporting grassroots sports by sponsoring two local football teams this season – the boys at Crawley Green Hawkes in Luton and one of the girls teams at Leighton United Football Club. Both teams needed new kits this year and, with Sheriff having close family connections to some of the young players, we were happy to help out.

Having previously sponsored the under 10s girls team at LUFC a few years ago, this dedicated group of young footballers are now in the under 14s category, playing regularly against other local clubs in Bedfordshire’s FA Girls Football League.

As the Autumn/ Winter season began, the club reached out to us for support because, although the team had a match kit already, they were lacking any kind of winter kit to keep warm pre and post matches. Sheriff stepped in to provide each team member with smart new tracksuit bottoms and a winter fleece, featuring Sheriff’s logo on the back.

Leighton United FC’s motto is ‘Dare to Dream’ and that’s a motto we wholly agree with here at Sheriff Construction. We look forward to seeing these girls keep their dreams alive!

Over in Luton, the Hawkes under 8s boys team was formed in 2020 but, because of COVID restrictions in place at the time, this season is their first playing competitive matches.

After getting started back in September and winning their first three games against other local teams, the boys’ had a few losses before reaching the final of their cup.

Well done to all!

Sheriff’s sponsorship has provided the youngsters with a new kit and tracksuits. As these have just arrived, it’s great to see the boys proudly wearing them.

We wish them every success for future seasons.

Supporting our local community is something Sheriff Construction truly values. Although we can’t respond to every request that comes our way, we are keen to do more. Alongside things like sponsorship, we’d be interested in g out in other ways – for example volunteering with local projects or causes. If you have an idea of something we could do to support the communities we live or work in, get in touch. 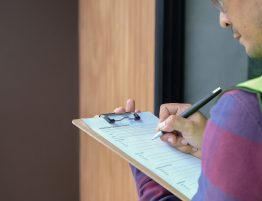 The term ‘quality’ can mean different things to different people – the secret to achieving high standards; a measure that we use to evaluate ourselves and others; or a complex set of criteria, controls and procedures that our professional work must adhere to.

For a simpler definition, quality is really all about what separates the good from the bad. For construction projects and businesses this couldn’t be more important, so today we’re going to dive into why that is exactly as well as offer a few tips for how to manage and improve quality. 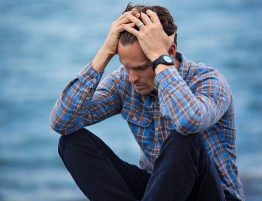 After two years of the pandemic, where there has been much less direct contact with friends, family, colleagues or even with essential healthcare professionals, many people are feeling a greater sense of loneliness, isolation and disconnection from our altered society.

Responding to this, the Mental Health Foundation have chosen ‘loneliness’ as the theme of this year’s Mental Health Awareness Week which starts today. With construction workers being exposed to many of the same stress points in life as everyone else, we’re using this week’s blog to talk about loneliness in detail and provide a few tips as to what can be done to manage or overcome this problem. 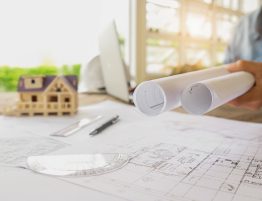 If you’re thinking of getting into property development, making significant structural alterations to your home or embarking on a ‘build your own home’ project, you’ll need to obtain planning permission before setting a single brick in place.

Whilst some projects may sail through to that sought-after ‘planning approved’ status, others will face a long, drawn-out and complicated process. This can be especially true with large-scale projects like new residential or commercial unit developments but even an extension to your house can sometimes take longer than you may think.

In this week’ blog, we’ve got a short guide to the steps involved in gaining planning permission and a few tips to follow along the way. 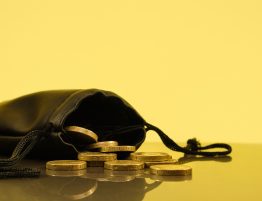 With soaring energy prices, interest rate rises, some huge hikes in the cost of materials and the continuation of labour shortages, many construction industry businesses could be in for some turbulent times this year.

In many cases, the cost pressures are made worse by the fact that contractors are both tied into existing work which was based on estimations set well before the current price rises and are also busy looking at how they can respond to invitations to tenders in ways that make the jobs viable within the current circumstances. In today’s blog, we’re taking a look at what construction businesses (and those who work within them) can do to face this challenge. 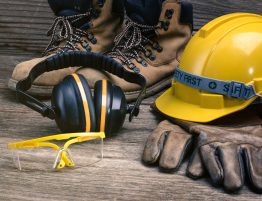 Over the past two years, the term PPE has become a big part of our everyday language, most often associated with the kind of face coverings we’ve all used during the coronavirus pandemic.

But, now that COVID seems to have moved out of the media spotlight, perhaps it’s a good time to remember that PPE (personal protective equipment) has always meant much more to the construction industry.

In this week’s blog, we’re looking at five key areas of the body that especially require protection (head, face/eyes, ears, hands and feet) and sharing some tips on how to select and properly use the necessary PPE. 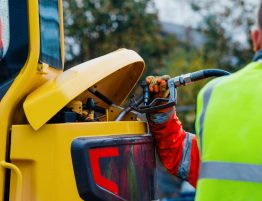 In new rules which came into place on Friday 1st April, the government has stated that construction firms in the UK can no longer use red (rebated) diesel for site plant and machinery.

Brought in as part of the search for policies which will help the country hit its net zero target by 2050, this would seem like a good thing. However, looking at the impact this is likely to have on construction companies in the current economic circumstances, many in the industry are calling this ‘the right policy at the wrong time’. Here’s what you need to know… 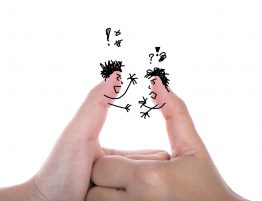 Last night, the film industry turned out for the Oscars and usually the day after would see people discussing whether the awards went to the most deserving nominees. Only this year, the focus has shifted from the actual films as instead everyone is talking about the moment the actor Will Smith walked onto the stage and hit the comedian Chris Rock in the face!

The incident, which took place after Rock had made a joke about Smith’s wife, seemed completely uncharacteristic of the normally professional actor but this got us thinking about how easy it can be to lose your cool at work and whether there are ways to avoid doing just that. Take a look at our latest blog for five ways to keep your cool. 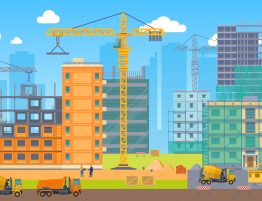 Statistics from the Health and Safety Executive show that there has been an average of 61,000 non-fatal injuries in construction each year and that during the period 2020-21 there were 39 fatal injuries. Although that might not seem a large number, it’s 4 times the rate for all industries!

Whilst falls from height and slips, trips and falls feature among the most common causes of injury, every year thousands of people are injured due to hazards arising from the equipment they’re using on site. Take a look at this week’s blog for six common dangers to watch out for.