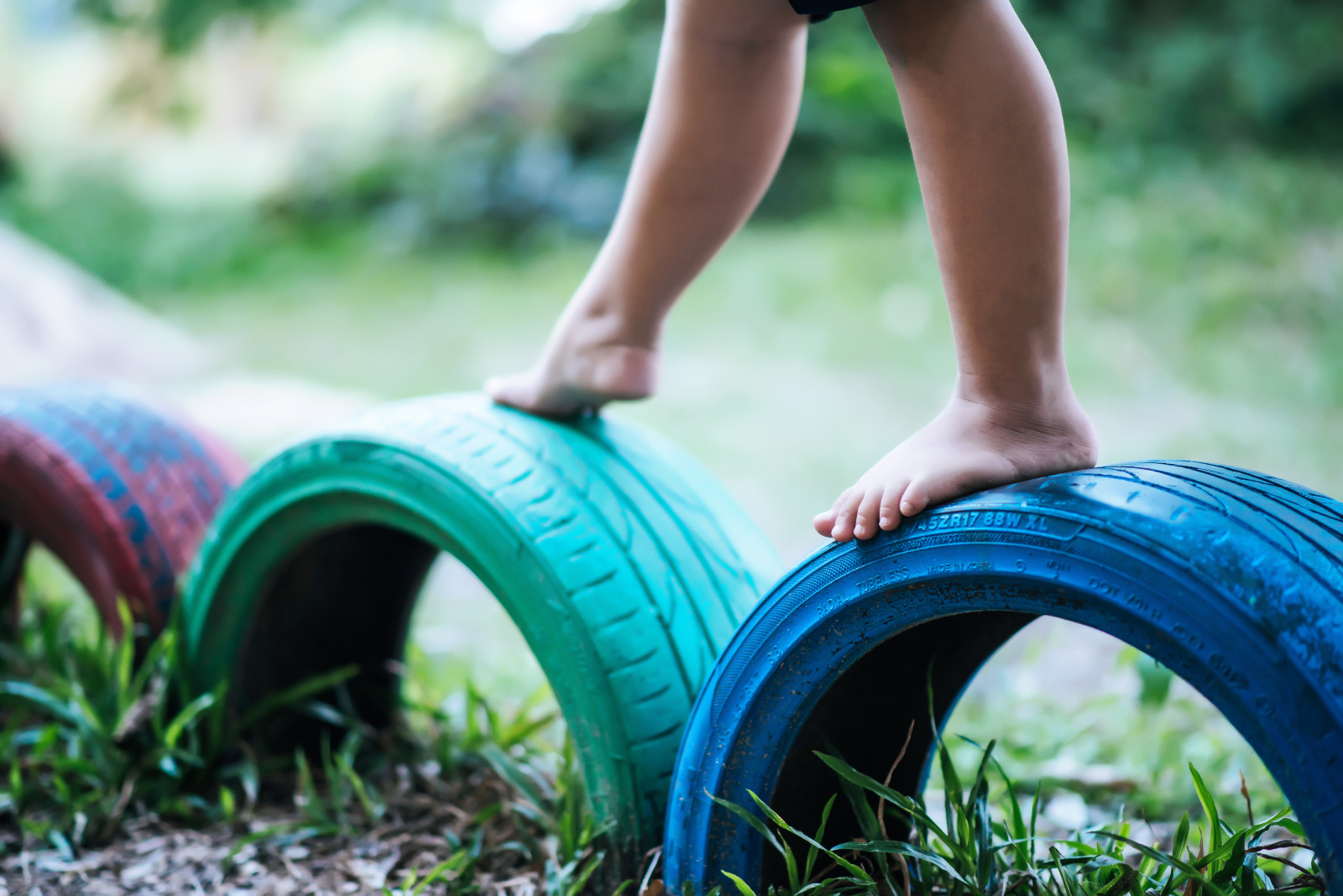 Across the world, it’s estimated that around 1.5 billion vehicle tyres are discarded every year. Most of us have probably never really thought about this or what might be happening to such a mountain of tyres once they’ve been cast off.

While some may get strung up to make a tree swing or used in playgrounds, such repurposing is really an exception to the rule. In fact, less than one percent of old vehicle tyres are ever reused, meaning huge quantities wind up in stockpiles and landfill.

Now, researchers from the University of South Australia (UniSA) have come up with something that could not only help to resolve the landfill problem but also provide an economically viable and sustainable alternative to concrete for the construction industry.

Working with RMIT University, the UniSA researchers have investigated using end-of-life tyres in various ‘crumb rubber concrete’ mixes that could be used in residential constructions, assessing them for constructability, bond strength, durability, and flexural strength.

In one experiment, the team created two residential slabs on campus, one poured with conventional concrete and the other with the crumb rubber concrete. After monitoring the slabs for more than two years and seeing that the crumb rubber version continued to perform well, lead researcher, Professor Julie Mills, says this research is the first to practically demonstrate and construct the new crumb rubber concrete mix in the field.

We hear a lot about plastic waste but clearly the accumulation of vehicle tyres is another growing problem for the global environment.

Rubber tyres are not biodegradable and therefore, when left in landfill, they become breeding grounds for mosquitoes from trapped water, polluted surfaces and toxic groundwater. They can also pose a significant risk for toxic fires, as has been seen in several cases around the world.

Take the Heyope tyre blaze, in Knighton, Wales. Started by arsonists in 1989, firefighters couldn’t stop it from spreading to an estimated 10 million tyres and it was still smouldering 15 years later!

Then, in 2021, just outside the capital of Kuwait, the world’s largest tyre-dumping site (comprising 50 million tyres) caught fire, spewing toxic pollutants into the air.

Finding safer alternative recycling options is partly what led this research team to focus on this area of work.

The reinforced crumb rubber concrete (with up to 20 per cent sand replacement by volume) has been tested for use in the residential concrete market and the results appear promising. More than matching the performance of conventional concrete, the crumb rubber was actually found to be superior in some ways – offering higher impact resistance, toughness and ductility, a higher damping ratio, better thermal and acoustic insulation, and a lighter weight.

“With respect to pumping, screeding, or finishing the concrete surface using a power trowel, contractors also reported no difference between using the crumb rubber concrete and conventional concrete, saying that the crumb rubber mix actually required less physical effort across all aspects.

“Additionally, the ready-mix cement companies reported no concerns relating to concrete batching, delivery or mixing, and said that the wash out of the concrete truck mixer was far easier.”

While we’re not going to claim any understanding of the science that must have gone into developing this product, what we do know is that the use of conventional concrete carries a global environmental impact that needs solving. It’s estimated that around 7% of the world’s carbon dioxide emissions come from the manufacture and use of cement, which is the main component of concrete.

Our sector is, however, an innovative one and welcomes every effort that’s made to identify safer and greener alternatives. This crumb rubber concrete could be exactly that, making it an exciting development – for both the recycling and construction industries.

Related content: If you’re interested in how others are looking into concrete alternatives, take a look at our blog from November 2021 – ‘New type of concrete could reduce emissions‘. 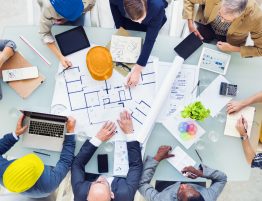 Over the past few weeks, we’ve been sharing what we know about some of the careers people can choose in construction. So far, we’ve looked at what it means to take up physical, on-site jobs like bricklaying and roofing but, while these are common and important roles, the sector offers a much broader range of possibilities than this.

In fact, construction is one of the biggest industries in the world and so there are literally hundreds of career pathways to choose from. For instance, there are Architects, CAD technicians, Quantity Surveyors, Site Engineers, Contracts Managers, Estimators, Construction Managers, BIM Coordinators, Commercial Managers, Health and Safety professionals, Environmental Consultants and a whole host of other back-office roles like accountancy, office management and digital marketing.

In this third and final part of our Careers in Construction series, we’re going to give a brief overview of five of these roles. 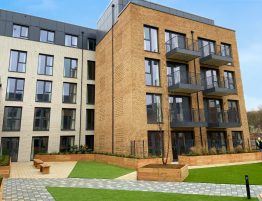 A key problem is that the industry has an ageing workforce and young Brits are shying away from entering traditional trades. Some suggest that young people ‘leave’ our industry as young as 12 years old! Sounds weird but think about it. Pre-schoolers and primary schoolkids love the idea of building things (influenced perhaps by ‘Bob the Builder’ and games like Minecraft). But, something changes as they reach their teenage years and suddenly construction is seen as ‘dirty work’ or something for ‘those who don’t go to college’.

So, in today’s blog, we’re going to try to dispel some of those negative ideas and showcase what it really means to be a bricklayer. 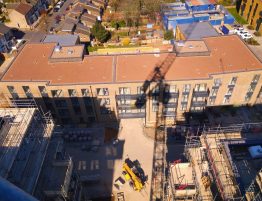 Earlier this month, we reported on how the construction industry in the UK will need over a quarter of a million extra workers by 2026, including 26,000 in Greater London and 24,600 across the East of England.

As schools and colleges across the country come to a close, it’s likely there are a great many young people who haven’t fully decided what to do next. To help, we thought we’d share what we know about some of the key construction trades and so the focus of today’s blog is roofing. 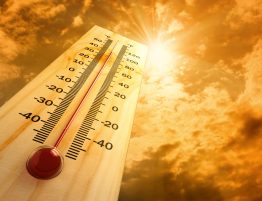 While holidaymakers in the UK may be enjoying the recent heatwave, construction workers and others who mostly work outside may be finding the weather slightly more uncomfortable.

With temperatures heading above into the mid-30°Cs, some forecasters are warning that by Sunday, we could exceed the UKs record for the hottest day (which was 38.7°C in July 2019). Added to the fact that the heatwave is expected to continue for at least another eight days, the Met Office have issued an Amber weather warning for extreme heat, meaning that it could result in travel disruption, serious illness and even danger to life.

To help everyone stay safe and well, we’re focusing today’s blog on the health impacts of hot weather and what you can do to avoid them. 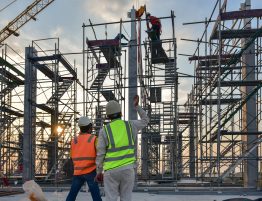 Over a quarter of a million extra construction workers may be needed by 2026, according to the latest Construction Skills Network report. That’s over 53,000 new recruits per year for the next five years!

Published annually by the Construction Industry Training Board (CITB), the report looks into the UK’s construction economy and makes key predictions about what will happen in terms of labour/ skills needs over the coming years.

Check out this week’s blog for more details of what this year’s report had to say plus what it means for the sector and our region. 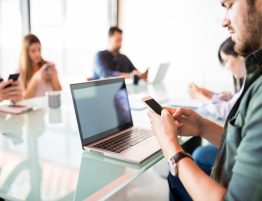 Once upon a time (before we headed into today’s digital world), the main distraction most of us had during a working day was a conversation about the best of last night’s television over tea break!

But now, with notifications informing us of the arrival of the latest email, text, WhatsApp or social media post/ story, our working days can sometimes feel like one long interruption, resulting in little progress on the ‘to do’ list.

There are, however, methods which can be used to get around this problem so, today, we’re going to look at an approach called ‘deep work’. Read on to find out how you can kill those distractions and get more done. 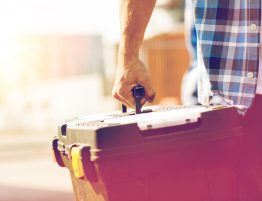 Back in the 19th Century, the Scottish writer and philosopher, Thomas Carlyle wrote these words of wisdom: “Man is a tool-using animal. Without tools he is nothing, with tools he is all.”

It’s a quote that probably rings true with many a construction worker as where we would be without all the tools and equipment that help bring a construction project to life. But, whilst these important items are essential for our industry to work properly, they also raise a question: should we buy or hire?

Although it makes good sense to go down the buying route for some tools (particularly the small hand-held items that get used every day), this is not always the right decision. In this week’s blog, we’re exploring three reasons why, in some cases, hiring is a better option than buying outright. 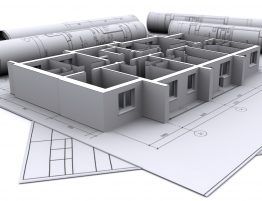 After a couple of challenging years, many had big hopes that 2022 was going to offer the construction sector a slightly easier path. However, as we now know, the challenges have continued to rain upon our industry – not least of which have been issues around the availability and cost of materials plus labour supply.

More positively, the sector seems to have retained its ability to adapt and love of innovation and these are qualities that can be clearly seen in some of the current architectural design trends. From incorporating more natural lighting to introducing more efficient processes into projects, the design work that’s happening right now is surely leaving its mark on the homes of the future. Keep reading this week’s blog for some of the top trends we’ve come across…